And on the 7th day she rested.

Well… not exactly.  Everything is relative.  Today is the 7th day of January, but unless you call washing and folding three loads of laundry, chopping and roasting three kinds of veggies, cleaning up the kitchen after three meals eaten by three people, running an errand, taking a walk with a friend, writing some checks, and removing (almost) all evidence of the recent Christmas holiday from the first floor of the house… unless you call all that “resting,” then today was not exactly a day of R & R.  In comparison to the seven previous days, however, it was pretty tame.

You see, I got a bee in my bonnet a few weeks ago when the notion of walking at least 7 miles a day for 7 days in a row popped into my head.  It struck me as one of those S.M.A.R.T. goals, being specific, measurable, achievable, relevant, and time-bound.  Besides, it had a nice ring to it, like the musical Seven Brides for Seven Brothers.  And also, as far as the number 7 goes:

Pretty lame, I know.  I tend to get carried away at times….

The point is, though: the Camino is going to be asking for significantly more than 7 miles/day of me, and it sounded like a good idea to test the waters–or the feet–to gauge my progress.  “7 for 7” was truly a SMART goal. Besides, when I looked at the 10-day forecast as 2018 was drawing to a close, I could see that the unseasonably warm weather was going to be with us for a bit. The window of opportunity was right there and I decided to open it and jump on through before winter realized it was supposed to be on duty.

The results?  A husband who wonders if I still live here, a house that has been given “a lick and a promise” for too many consecutive days, and a weekly report from Fitbit noting that I took 39,303 more steps during my “7 for 7” week but slept on average 27 minutes fewer per night.  Hmmm.  It felt like I’d missed considerably more sleep than that.  Considerably!  The good news?  My body seemed to handle things just fine.  I won’t say my feet weren’t a bit tender by the time I removed my hiking boots, but: no blisters, no Ibuprofen needed, no falls.

So how long does it take to walk 7 miles?  What’s the big deal?  You’re thinking: just cut out a few TV shows, stop texting, don’t check email more than twice a day….  Easier said than done.  During my challenge twice I walked the track at the local gym (BORING!  intolerable without an audiobook); I could manage the actual walking in less than two hours.  Then there’s the time spent driving to and from, changing clothes, etc.  Twice I walked city and neighborhood trails and paths, once alone and, on New Year’s Day, with a small group.  Fairly flat.  I’d guess 3 miles/hour, a bit more when walking alone.  The other three outings were adventures: one natural forest, one state park, one nature preserve.  Hills and valleys, ravines, creek crossings, switchbacks, reasons to stop to gawk and take the occasional photo….  Two of those three were group events at a more casual pace than I am used to.  In general, though, when stopping to wait for dawdlers doesn’t need to be factored into the equation, I’m walking in the woods at about a 2.25-2.5 mph pace.  So do the math–you’re probably better at it than I am–and don’t forget to add in the prep time at home, the drive to and from the forests, and the unloading and putting things away at the conclusion of the hike.  Plus the time spent deciding where to go, possibly organizing a group, arranging for car pools, etc., etc.  The hours add up.

At least on the Camino, walking will be the task of the day instead of the activity I try to squeeze into my normal routine without missing too many beats of that routine.  While in Spain I won’t be fitting in a walk in between memorial services, housework, lunches with friends, and volunteer gigs .  The main goal of each day will be to get from spot A to spot B.  Secondary goals, though also very important: to drink plenty of water, consume adequate carbs, establish a balance between being friendly and maintaining my own pace and space, find a bed to sleep in and a way to convert my fellow pilgrims’ snoring into lullabies.  And, ideally, write a few words about my day for the folks back home.

Here’s a sort of fun discovery I just made while writing this post.  That Fitbit report I mentioned?  It coincides exactly with my “7 for 7” week, beginning on Monday, December 31st and concluding on Sunday, January 6th.  My hiking log shows that my “intentional hikes”–the actual walking done in my hiking shoes, my feet smothered in Vaseline, my backpack weighing between 13 and 16 pounds–added up to 49.5 miles.  My Fitbit, however, recorded my TOTAL mileage for the week as 69.65, the additional 20 miles coming from errands to town, chores around the house, trips up and down the basement stairs, loops through the grocery store, and so forth.  Now round up that number and what do you get?  Yes!  Cool, no?  Don’t you just love it? 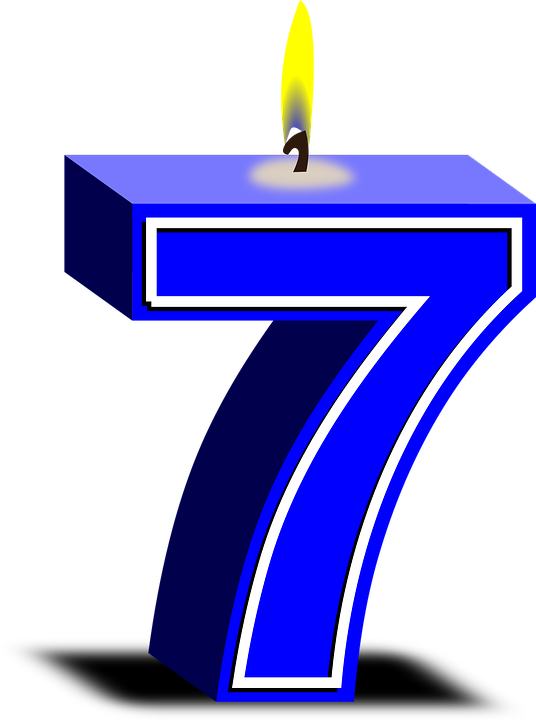