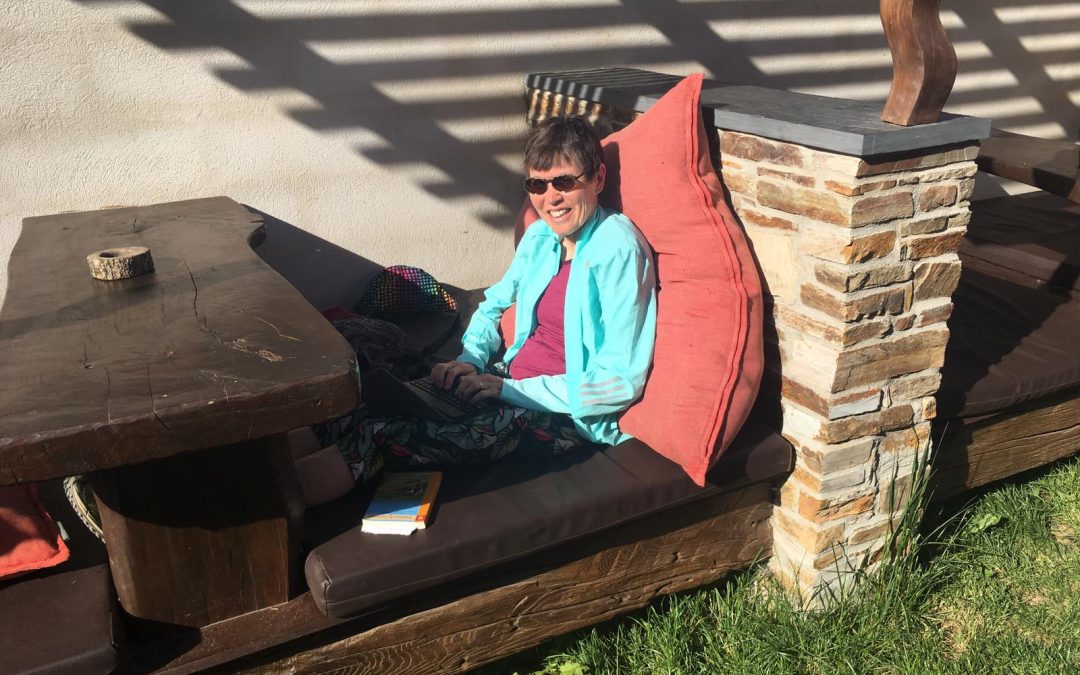 It is Tuesday, May 28, when I return to this post that was orphaned three weeks ago, left with just place names and distances recorded.

I’m betting you hadn’t noticed that it was missing from the line-up, leaving a void between walking days #27 and #29. I hinted at it a time or two, admitting that I had some catching up to do. But in my mind, early on, this was such a special day that I didn’t want to rush it. It was a special day in a string of special days, and, wanting to write about the others while they were fresh, I trusted that this one was special enough that the details would remain vivid, “safe” for sharing when I found the time.

And that was true, I think, for maybe three or four days. Then it was just hopeful thinking. Now I know: even though I’ve read through my notes, even though I’ve looked at my photos from that day, the “freshness” of it can’t be captured again. I guess I should be thankful that this was about the only day that “got lost in the shuffle.”

Even the title…. It made some sense back then, falling on the heels of a “riddle” I asked you to solve. “Riddle” … “paradox”… My notes reveal a bit of what I had in mind when I came up with the title:

So, there were many reasons to keep my eyes open on this day. And my ears. And my nose. My notes indicate that I did all the above, as I jotted these expressions:

I noted that I felt extremely privileged to be walking where I was walking, that I was grateful that a few steps seemed to have taken me from an early-spring environment to a late-spring one, that I loved walking along a mountain stream as it frolicked and cascaded downward.

I commented that by the end of the day I was in short sleeves (and that phenomenon might not have repeated itself on the rest of the Camino; I can’t swear to it, but it is very, very possible). I wrote that it was such a nice day that even the bugs came out to play. Noted that I had eaten “the best bocadillo ever” that day, that there was a lot of “flying cotton” but that it wasn’t causing me any allergic reaction. At one point I jotted down: “Where is everyone?” It seems that except for a couple of groups of cyclists who went by, I hadn’t seen anyone for hours.

“Lots of singing,” I wrote. That makes sense, since I seemed to have the paths to myself. And I jotted down something that often occurred to me while I was singing but had always eluded me when I wrote about the singing, and that is this: that the way in which I was singing reminded me, even though I was alone, of “chain gang” or “cotton field” singing: it was repetitive, simple, with lyrics that could be altered slightly to fit the situation, and it kept up my spirits, made the time pass, and even gave me energy and a new attitude. My singing felt “communal” to me because I was bringing a lot of people and their situations into my thoughts as I sang.

I remember one very sweet stop on this day, in the tiny town of Valtuille de Arriba. I turned a corner and there it was: Cantina Estrella, a veritable “hippy hangout” in the middle of nowhere. There were flowers galore, plaques and inspirational sayings, Indian chant music, bright colors, God’s eyes, and friendliness oozing out of its pores. The female owner had been a pilgrim herself years back, and when she got to this town, she decided that’s where she needed to settle and set up a cantina for passing pilgrims. I enjoyed my snack there.

What more did the day hold? I joined Mary Claude and Patrice for lunch that day, I think, in a town square in Villafranca del Bierzo. I’d been daring this French couple to acknowledge my existence for the last couple of days; finally accomplished the task on this day and I found them to be much friendlier than I had first thought. We made it through the linguistic challenges pretty easily. And for the next few days, when our paths continued to cross, there were big smiles on all parties.

And I’m thinking this is the day that I was finally able to reload my SIM card which had expired about four days earlier (meaning that when I didn’t have access to Wifi, I was out of luck in terms of sending or receiving messages or doing any of the other things that require connectivity). I feel like this is a story I have already told, but maybe just to family. I saw a sign in a window front stating that this particular store (appliances, pots and pans, electronics) sold SIM cards. I went in to inquire about purchasing one and told the owners that I would be back after I’d found a bathroom and had a bite to eat.

When I returned, the husband-wife team consulted a bit and then said that they would call their son and have him come in to take care of the recharging. Oh, how familiar that was! I had an instant “inroad” to conversation with these people since I, too, have to rely on my son to figure things out for me and get me out of tech-related jams. Fifteen or so minutes later, the son came in and the whole process was so easy! I was good to go in terms of data and connectivity for another 28 days.

So that was the day. You can tell: it’s not hot-off-the-press fresh to me anymore. Not by a long shot. I guess I could conclude by saying it was like so many days on the Camino, with the beauty of nature being a super companion as I made my way. I write this with my last day of Camino walking having been a week ago already. I’ve been doing plenty of walking as my trip finishes up with walks in/near Barcelona and Madrid. But… they are not the same. I am already seeing how “keeping the spirit of the Camino in my everyday living” is going to be a challenge….

Note: I’ve received requests to keep up the posts at least long enough to incorporate my days along the Mediterranean and my days here in Madrid. I’ll try to oblige. Count on there being a few more posts, though nothing elaborate. 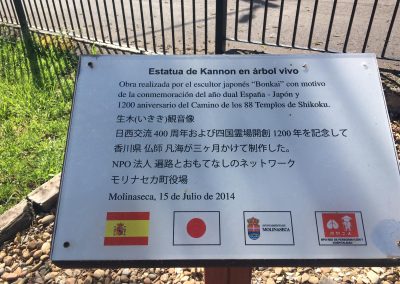 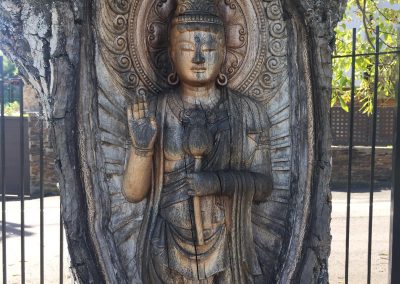 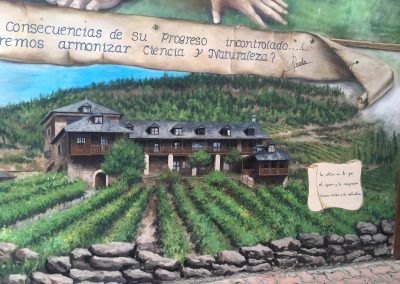 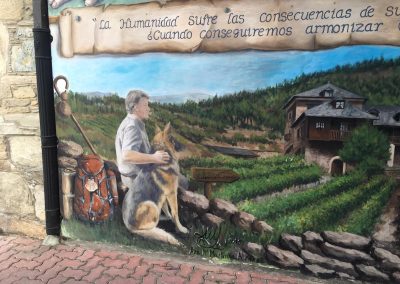 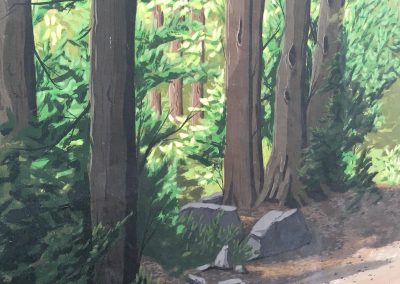 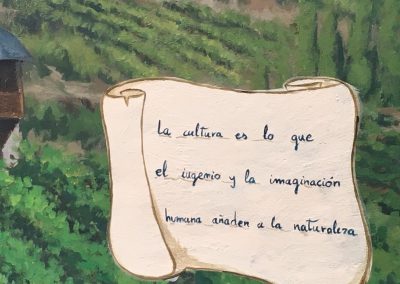 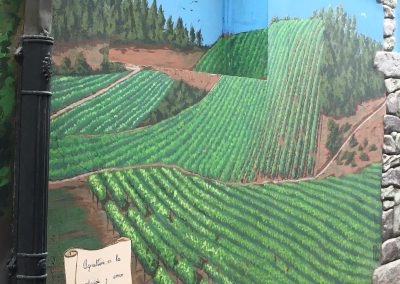 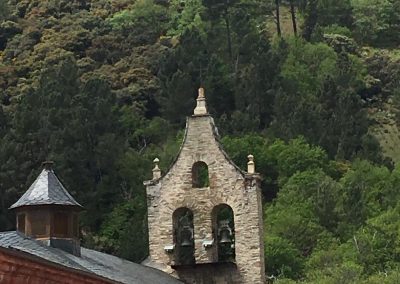 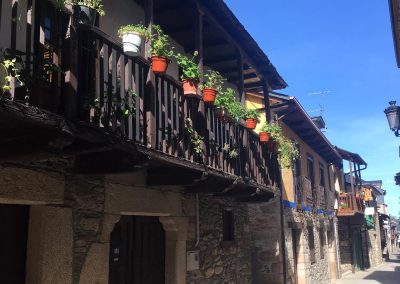 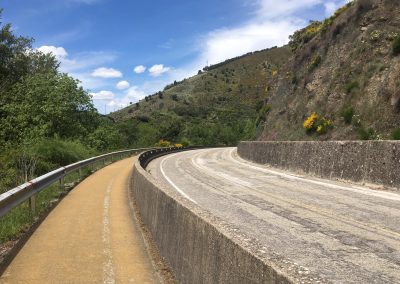 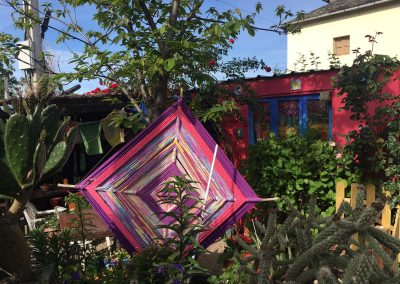 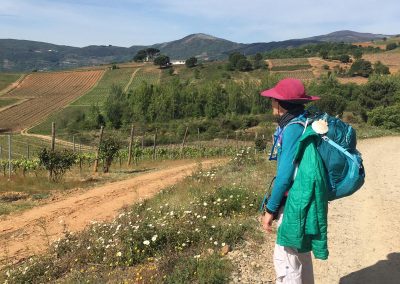 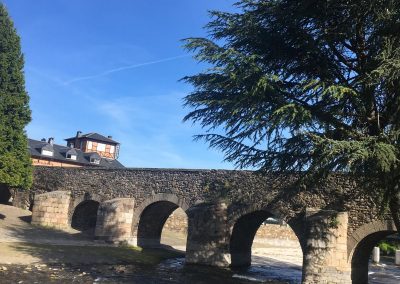 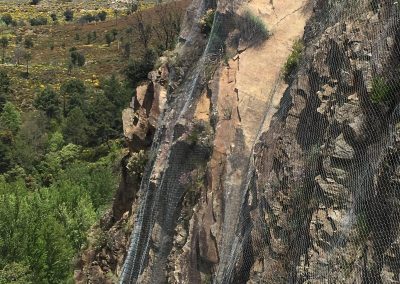 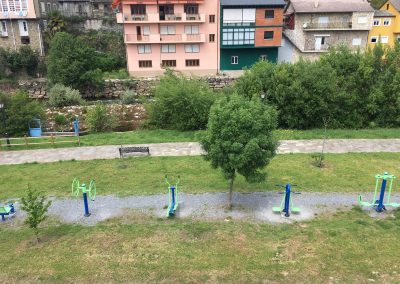 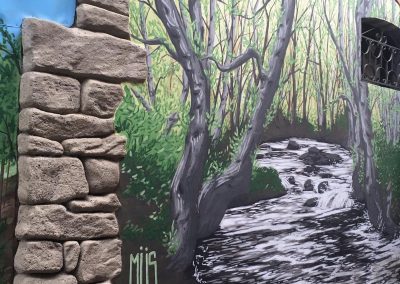 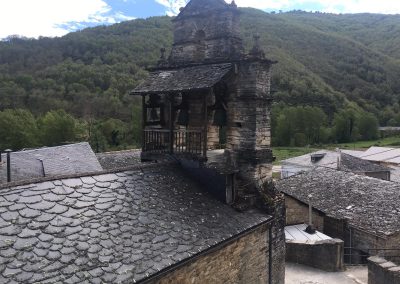 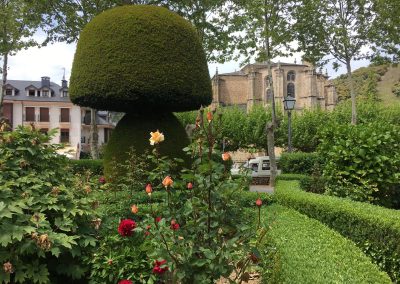 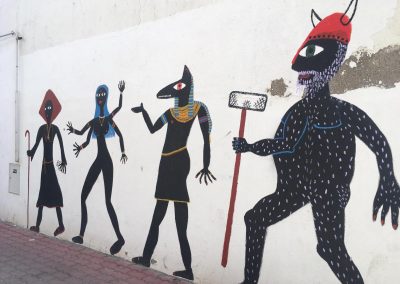