I can’t begin to do justice to this day. Can’t even begin. It’s already lights-out time, but the particular albergue where we’re staying in this very small town has a lovely lounge and great internet. Would love to be expansive, but… well, after the longest walking day of my life, the “lights out” idea sounds pretty appealing.

So… I’ll just have to give you a few highlights of this splendid day in a quick and dirty format. Here goes.

Everything happens for a reason (maybe…) and so in the end we decided that we shouldn’t complain, but still…. We were given a list of hostels, albergues, pensiones, refugios, and so on. Those of us–and this includes most of us–wanting to do the Camino “on the cheap” hope to find shelter in the municipal or church-run hostels. Well, both the town we ended up in tonight and the town prior to this one (Zubiri) have the low-priced places, one holding 44 pilgrims and the other 36. Ah, but only when they are not being renovated as is the case at present. Result: a lot of pilgrims looking for a place to stay, only to find “no room in the inn.” Barb and I arrived about an hour before Ginny, found two spots in one albergue and we were scrambling to find a spot for Ginny who had let us know she was on her way. Ah, and then we learned that she happened to be walking with an Irish gent named Martin. (I had encountered Martin earlier in the day when I spent a good 15 minutes walking not all that many paces in front of him and his at-the-time walking partner. His brogue was to die for! Stories weren’t bad either, for that matter.)

But then the problem was: we needed to find a spot for Ginny and Martin… and we considered ourselves lucky to find the last room in the town. Here’s the conversation I had with the innkeeper (over the phone, mind you, in Spanish, translated here for your reading pleasure):

Says I: “Yes, I’d like to take that room you mentioned earlier, the room for two with the private bath. For my friends.”

Pause on my part.

“Oh,” he replied, with a I-know-all-about-that-sort-of-thing attitude.

“Well, no, not like that,” I explain; “they just met a little over an hour ago.”

Pause, this time on the innkeeper’s part.

We have roared with laughter over this arrangement. Martin, jokester that he seems to be, immediately wanted to get his picture taken with Ginny so he could send it to his wife. (To his credit, he wanted me to capture the fact that the room had two beds.)

The Camino is like this! What might be so unnatural under other circumstances just rolls right off you. (Barb and I share a bunk-bed style room tonight with five males. I wouldn’t know them if I saw them on the trail tomorrow.)

Not much of a “lowlight,” actually, is it?

If it could be said that there was another “low” to the day, perhaps these: 1) mostly it was a rain-free day, until shortly before reaching our destination. Then, while we were looking for lodging, the rain picked up; 2) the only bar in town is where “pilgrim meals” are served. When I stopped in to make reservations for us there, I was told that they really weren’t preparing them tonight, that there would be just bocadillos (the iconic short loaf of crusty bread with a piece of cheese inside, and maybe a piece of ham). Really? After walking more than 18 miles? But you read above how our dinner turned out, so again, a low turned into a highlight.

Want to see some photos from yesterday and today? Hop on over to Instagram (katys.camino) or to Facebook (Katy’s Camino). I’ll try to add a couple at the end here. Perhaps tonight’s internet will cooperate more than last night’s. 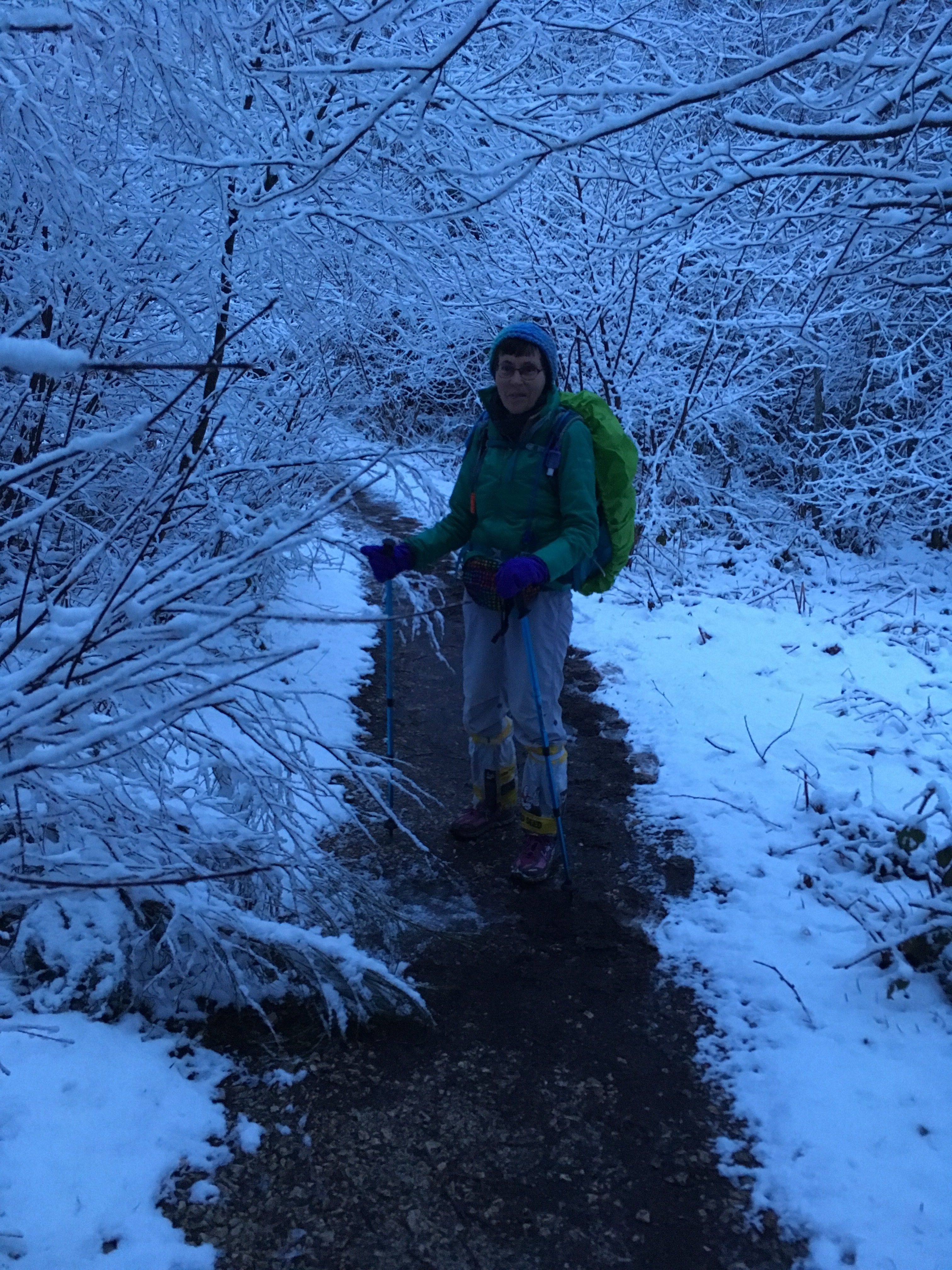