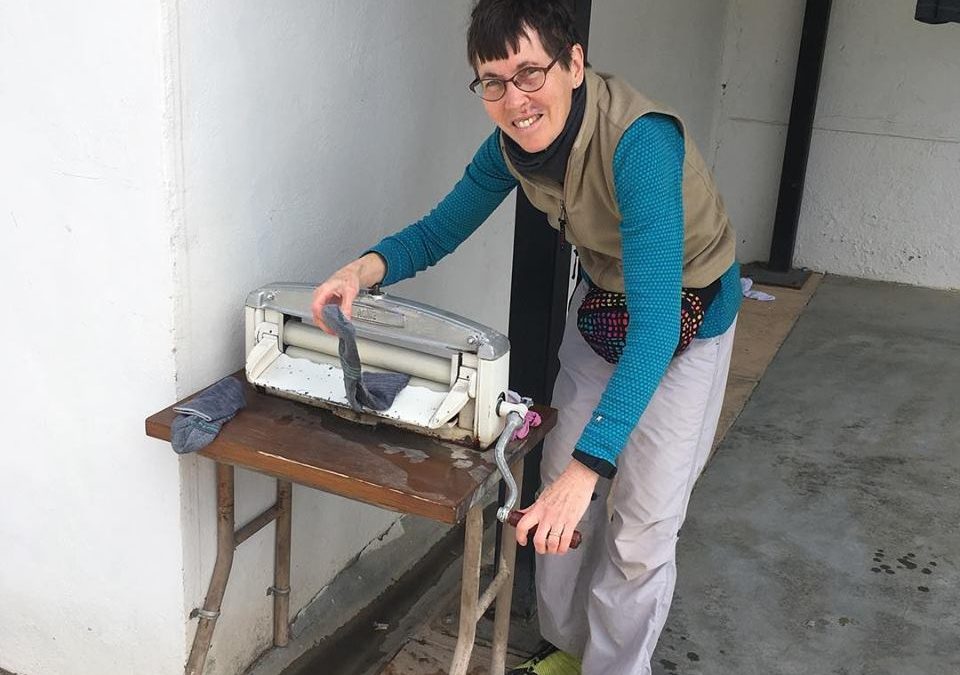 Does the title of this blog post say it all? (Or maybe you wish it did! Then there would be no need to read this.)

I’ll start with our pre-supper excursion into town. Did we go for tapas at a local bar? No. Did we check out the old churches in the nearby historic district? No. Did we pick up some food for tomorrow’s lunch or make it to an ATM (Ginny’s need, not mine)? No. We sought out a pharmacy. What else? We’re on the Camino. And trips to the pharmacy are part and parcel of the experience.

It seems that the topic of conversation in the hostels every night revolves around who has sustained what injury, who had to stay behind, seek a doctor, take a bus forward, or possibly call a halt to his/her Camino. Oh, most certainly, the vast majority of those of us who started on April 5 are still walking, and maybe even noticing that we are getting stronger. Still, what many of us were doing today could most appropriately be called “plodding along.”

The pharmacy? Well, I began to feel a scratchy throat last night. This morning I treated myself to one of the three packages of Emergenc-E I had packed. Picked up some Riccola drops tonight. They weren’t selling replacement backs at that particular pharmacy, so my bill was pretty low. The big spender was Ginny who began to notice some unhappiness in her right knee last night. Today’s walk of 18 miles, 140-some floors of climbing (rated an “easy day,” go figure!) did not help. The hostel has been very generous with bags of ice (for Ginny and others). A little ibuprofen here, some icy/hot gel rubbed on three times a day, starting with bedtime, the new brace in place before we head off in the morning, and all of our prayers–and yours– will, hopefully, be the ticket to a better day for her.

Are we getting used to the beautiful scenery and immune to the charm of the medieval villages, taking them for granted? No. No, the gratitude was still there. Is still there. But after yesterday’s spectacular day, we might be inclined to describe today as “long” rather than “beautiful.”

There were some highlights, however, so that’s what I’ll pass along now before heading for the bunk (yeah! a bottom one!)

Weather? Chilly. A bit of rain in the afternoon. Dribbles, mostly. We plodded through it. We plodded up the hills. Down the hills. Plodded. Plodded. And we got here. As they say: “Poco a poco se va haciendo” (Little by little the job gets done)